A 22-year-old vulcanizer identified as  Dele Ope has been arrested by the men of the Ogun State Police Command, for allegedly stealing a pair of pants belonging to a female customer.

A statement released by the Ogun state police command spokesperson, Abimbola Oyeyemi, said the lady had called Ope to help fix her car’s deflated tyre in her house. However after Ope had fixed the tyre and left, she discovered that her panties spread on a rope within the compound was missing.

“Since the vulcanizer was the only person, who came into the compound, she went round in search of him, but he was nowhere to be found,” the PPRO stated.

He added, “His house was quickly searched and the woman’s pair of pants was recovered there.

In a video which surfaced earlier, Nigerian boy was seen scattering his parents house because they didn't grant his request(Read here). The boy has now... 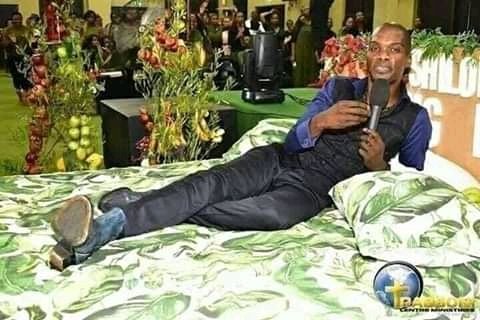 Singer Skiibii buys a new house for his birthday (photos)

As Nigerian artiste, Skibii clocks celebrates his new age, he is also celebrating his new house. Taking to the photo-sharing app, Instagram, the singer wrote:"Double...